In this article, we will learn web scraping through Rust. This programming language isn’t really popular and is not in much use.

This tutorial will focus on extracting data using this programming language and then I will talk about the advantages and disadvantages of using Rust.

We will scrape this http://books.toscrape.com/ using two popular libraries of Rust reqwest and scraper. We will talk about these libraries in a bit.

At the end of this tutorial, you will have a basic idea of how Rust works and how it can be used for web scraping.

Rust is a high-level programming language designed by Mozilla. It is built with a main focus on software building. It works great when it comes to low-level memory manipulation like pointers in C and C++.

Concurrent connections are also quite stable when it comes to Rust. Multiple components of the software can run independently and at the same time too without putting too much stress on the server.

Error handling is also top-notch because concurrency errors are compile-time errors instead of run-time errors. This saves time and a proper message will be shown about the error.

This language is also used in game development and blockchain-based tools. Many big companies like AWS, Microsoft, etc already use this language in their architecture.

Setting up The Prerequisites to Web Scrape with Rust

I am assuming that you have already installed Rust and Cargo(package manager of Rust) on your machine and if not then you can refer to this guide for further instructions on installing Rust. First, we have to create a rust project.

Then we have to install two Rust libraries which will be used in the course of this tutorial.

Both of these libraries can be installed by adding them to your cargo.toml file.

Both 0.10.8 and 0.12.0 are the latest versions of the libraries. Now finally you can access them in your main project file src/main.rs.

What Are We Scraping using Rust

It is always better to decide what you want to scrape. We will scrape titles and the prices of the individual books from this page.

The process will be pretty straightforward. First, we will inspect chrome to identify the exact location of these elements in the DOM, and then we will use scraper library to parse them out.

Let’s scrape book titles and prices in a step-by-step manner. First, you have to identify the DOM element location.

As you can see in the above book title is stored inside the title attribute of a the tag. Now let’s see where is the price stored.

Price is stored under the p tag with class price_color. Now, let’s code it in rust and extract this data.

The first step would be to import all the relevant libraries in the main file src/main.rs.

Now, we have to create a client which can be used for sending connection requests using reqwest.

Then finally we are going to send the GET request to our target URL using the client we just created above.

Here we have used mut modifier to bind the value to the variable. This improves code readability and once you change this value in the future you might have to change other parts of the code as well.

So, once the request is sent you will get a response in HTML format. But you have to extract that HTML string from res variable using .text().unwrap(). .unwrap() is like a try-catch thing where it asks the program to deliver the results and if there is any error it asks the program to stop the execution asap.

Here res.text().unwrap() will return an HTML string and we are storing that string in the body variable.

Now, we have a string through which we can extract all the data we want. Before we use the scraper library we have to convert this string into an scraper::Html object using Html::parse_document.

Now, this object can be used for selecting elements and navigating to the desired element.

First, let’s create a selector for the book title. We are going to use the Selector::parse function to create a scraper::Selector object.

Now this object can be used for selecting elements from the HTML document. We have passed h3 > a as arguments to the parse function. That is a CSS selector for the elements we are interested in. h3 > a means it is going to select all the a tags which are the children of h3 tags.

As you can see in the image that the target a tag is the child of h3 tag. Due to this, we have used h3 > a in the above code.

Since there are so many books we are going to iterate over all of them using the for loop.

select method will provide us with a list of elements that matches the selector book_title_selector. Then we are iterating over that list to find the title attribute and finally print it.

Here Vec<_>> represents a dynamically sized array. It is a vector where you can access any element by its position in the vector.

The next and final step is to extract the price.

Again we have used Selector::parse function to create the scraper::Selector object. As discussed above price is stored under the price_color class. So, we have passed this as a CSS selector to the parse function.

Then again we are going to use for loop like we did above to iterate over all the price elements.

Once you find the match of the selector it will get the text and print it on the console.

Finally, we have completed the code which can extract the title and the price from the target URL. Now, once you save this and run the code using cargo run you will get output that looks something like this.

You can make more changes to the code to extract other information like star ratings, book images, etc. You can use the same technique of first inspecting and finding the location of the element and then extracting them using the Selector function.

But for now, the code will look like this.

We learned how Rust can be used for web scraping purposes. Using Rust you can scrape many other dynamic websites as well. Even in the above code, you can make a few more changes to scrape images and ratings. This will surely improve your web scraping skills with Rust.

I hope you like this little tutorial and if you do then please do not forget to share it with your friends and on your social media.

Here are a few additional resources that you may find helpful during your web scraping journey: 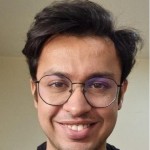 My name is Manthan Koolwal and I am the founder of scrapingdog.com. I love creating scraper and seamless data pipelines.